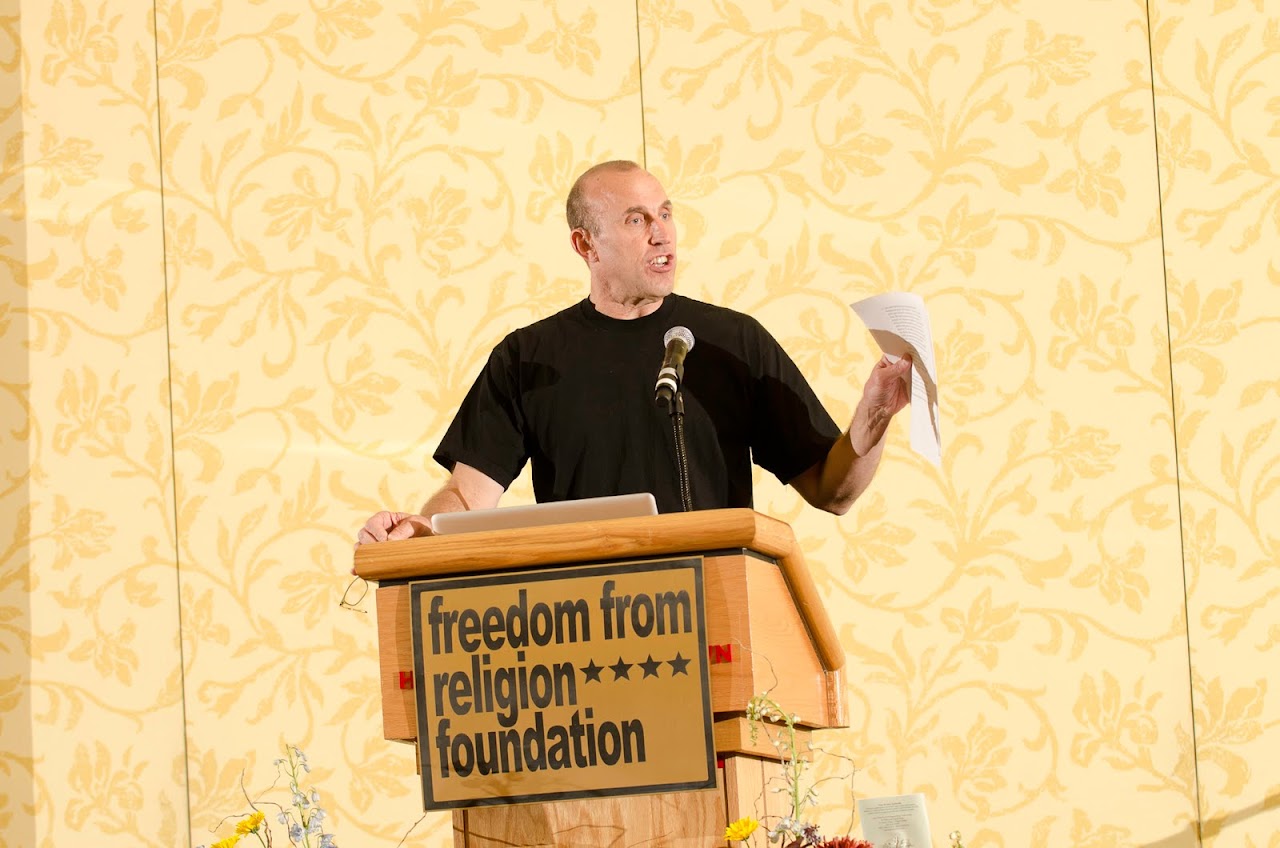 Audio of my presentation at the Freedom From Religion Foundation Convention in Hartford, CT, on October 8 has been posted on their website here. Scroll down a bit and you will see a media player.  Scroll down within that player and you will see my name.  The talk is about 40 minutes long. There are more photos here, beginning with FFRF President Dan Barker’s introduction.

I have two quick disclaimers.  First, the audio came right off the mixing board.  You will hear the song Darkest Hour end and then start again (iTunes went to the next song which happened to be the same song, and even though the engineer had brought the fader down, it still went to the recording until he caught it).  That was not the way it was heard in the house, just through the soundboard so you will have to wait a bit until the music stops for good, which it does.

Second, I had slides and photos and stuff going on during the talk and those are not visible of course.  But I am including some of the important photos below in the order they appeared during the presentation and I’ve also included what was happening in the dialog surrounding each photo’s appearance so that you can track the photos with the talk. Enjoy, and please feel free to share the link or this post if anyone you know might want to hear it!

1) When I mentioned my early bands and that I was a good sport for showing what that looked like, c.1975.  Notice Gym on the guitar!

2) When I mentioned our first record, and this photo”inadvertently” popped up.  A little comic relief.

3) Talking about our album covers and merch.

6) In live performances with Undercover

7) Branded album cover with my tattoo

9) Undercover performances up through 2011

10) Jerry Wilson’s book, “God’s Not Dead (& Neither Are We): The Story of Christian Alternative Rock’s Pioneers Then and Now, As Told By the Artists Themselves.”

11) Down The Line Magazine:  Joey Taylor: Ojo Uncovered – My coming out.